How Far Can shopVOX GO?

It starts with an idea.

Then, moves to a brainstorm of ideas.

Then, becomes a dream. A dream you can't stop dreaming about.

Engineers worked tirelessly on this dream to make it reality. The dream encouraged us. The more effort we made and the more progress we witnessed, the dream became more colorful and expanded.

Then, the dream became reality. shopVOX was launched. Finally, shopVOX was tested in small businesses in New York and Michigan.

shopVOX started in a small shop and now is being used by custom shops all over our planet. Our business management software traveled from the United States to New Zealand, United Kingdom, Australia, Slovakia, India and dozens of other countries.

Of course, we are often wondering how can we expand our dream even further and where else can we launch shopVOX? So, when I saw this post by Elon Musk today, I began to wonder how far can shopVOX go? 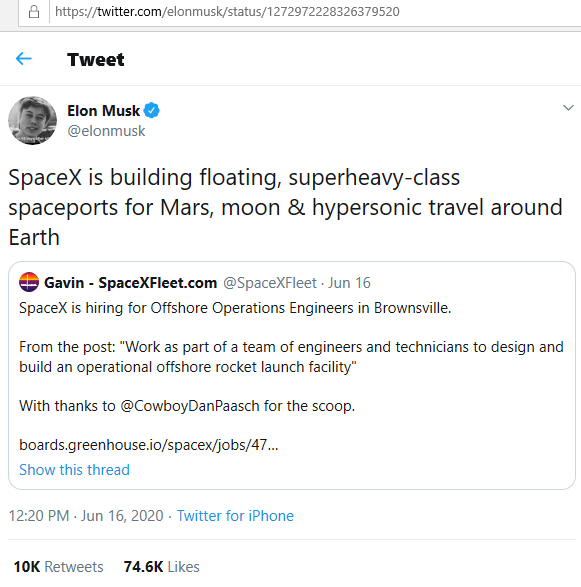 Elon Musk's dreams also started out with a simple thought, even though, I am sure his thoughts did not remain simple for more than a millisecond. He believes habituating on Mars is possible and he's on a mission to take humans to Mars by 2024.

The sheer thought of traveling to Mars is so exhilarating and all of the possibilities of how life can be on Mars could keep my mind occupied for days.

shopVOX has been in the mountains, at the beach, in Teslas while on auto pilot, and in airplanes all over the world. I have to believe that one day shopVOX will also be on Starship and on Mars. shopVOX is a currently an international company. Perhaps, in the future, shopVOX will be a mulitplanitary company.

It will be interesting to see how far shopVOX will go. It all starts with a thought that turns into a dream.

Not a shopVOX user?
See why you should be by joining a live webinar.